"À Etroubles avant toi, sont passés..." is the first open air museum of the Valle d’Aosta and is a permanent show that can be visited 365 days per year, 24 hours per day.

Managed by Alessandro Parrella, with texts of Elisabetta Pozzetti, realized by the Commune of Étroubles in collaboration with The Gianadda Foundation of Martigny et financed by the Fond Sociale Européen.

As you stroll through the alleyways and squares of the village, you will encounter the works of painters and sculptors of international fame, inspired by history, culture and important personalities who passed through the Great St. Bernard Valley, such as Napoleon, who stopped in Etroubles on 20th May 1800, at the home of Abbé Veysendaz.
The Italian artists include: Andrea Granchi, Salvatore Sebaste, the sculptors Sergio Zanni, Alberto Gambale and the painter Carlo Brenna.
The French section hosts the works of Albert Féraud, Guido Magnone, Norbert Verzotti and Evelyne Otis Bacchi.
Other worldwide famous artists are in the Swiss section: Hans Erni and Yves Dana.
The Valdostans are also represented in the show: Franco Balan, Giulio Schiavon, Siro Viérin, Chicco Margaroli, Assaf Mekhtiev and Enrichetta Jorrioz.
In order to fully enjoy the visit to the open air museum, you can get the audioguide from the Tourist Office of Etroubles. 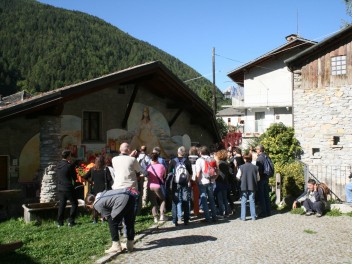 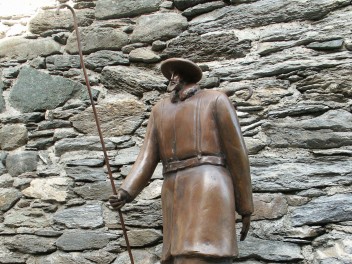 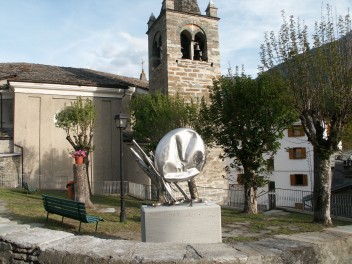 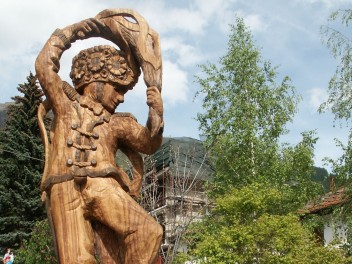 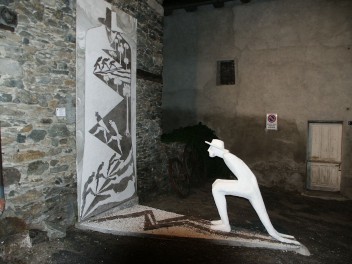 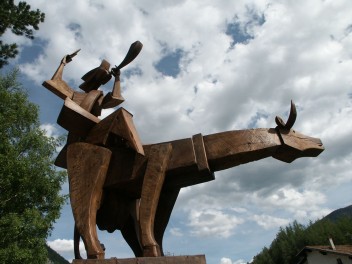 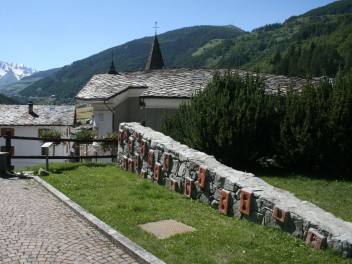 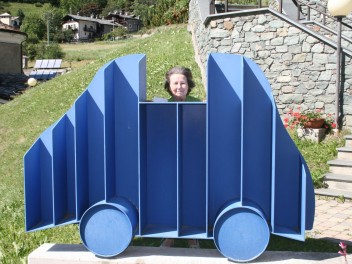