The village and its Surroundings

Etroubles, at 1.280 mamsl, is situated in the middle of the Great St. Bernard Valley, of which it is the most important centre.
The valley is crossed by the Artanavaz creek that runs for about 20 Km north of Aosta.
The Great St. Bernard Valley is closed at the head by the Pennine Alps, culminating in 4000 m high peaks. It comprehends several lateral valleys, including the most renowned and the only one that can be transited with motor vehicles, which leads to the Gran St. Bernard pass.
The pass, which is an important road of communication with Switzerland and Europe, has played an important role throughout history, beginning with the Roman Age and then successively, in 1800, when it has been crossed by Napoleon’s army,  marching to Marengo.
The pass is situated at slightly less than 2.500 mamsl and is open to the transit of vehicles exclusively during the summer months; it is the right opportunity for a trip in a spectacular Alpine environment of rare beauty.
The transit to Martigny in Switzerland is guaranteed all year by the underlying G.St. Bernard Tunnel.
The other lateral valleys are free from cars and roads and await you for stupendous excursions in the  nature, mountain bike riding, trekking, excursions of “Nordic Walking”, horseback riding, skiing, cross country or mountaineer skiing, or even only for a peaceful picnic with the family.
During your stay, don’t miss out on the opportunity to admire the works of world famous artists, by visiting the permanent open air show “À Etroubles avant toi sont passeés…”, which has been set up in the narrow streets of the ancient and characteristic village of Etroubles. 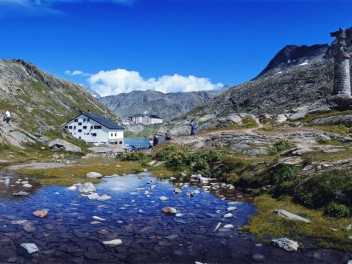 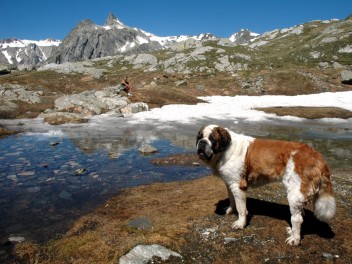 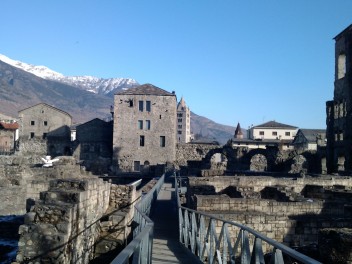 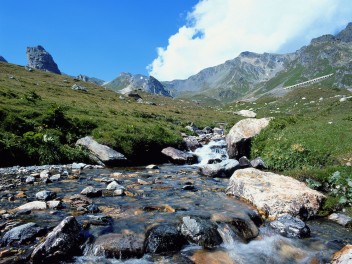